If one word could be used to describe Miki, it would be, DYNAMIC. An experienced artist and entertainer, she has performed at numerous nightclubs, festivals and arenas throughout the world, playing for crowds of thousands and sharing rosters with some of the world’s top artists. Not one to stick to any set mold, Miki is a versatile artist who stays true to a deep and all-encompassing passion for trance, house, and electro, presenting a sound best described as an intimate love affair between the genres and their sub-genres.

Beginning her career in 2008, she served as official DJ for the popular worldwide video game series from Electronic Arts’, Need for Speed, and traveled the globe for multiple tours, while establishing herself as an artist in the DJ booth, and in the studio. In 2013, her collaboration on a remix pack for Denzal Park for Neon Records (Australia) and Sushi Records (Japan) charted top 50 on beatport within days of hitting the global market. In 2017, she released “Cloud 9,” her collaboration with Cabuizee and Noelle Bonus, while continuing projects with them into 2018 and later releasing “Peace of Mind” with Cabuizee and The Ramon.

Over the years, Miki has held residencies at Temple, a premier nightclub in San Francisco and Bali’s mega club, Sky Garden, all while maintaining a regular weekend slot on the Philippines’ No.1 radio station, Magic 89.9 FM. With her spirit in the studio and heart on the road, Miki’s life consists of sharing the language of her soul; music. 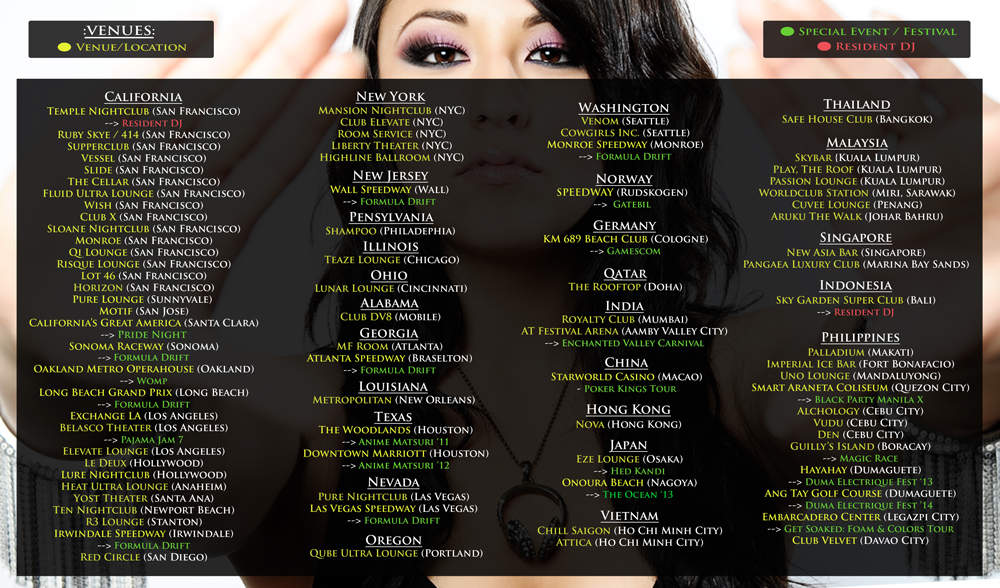 Have an event? Get in touch!